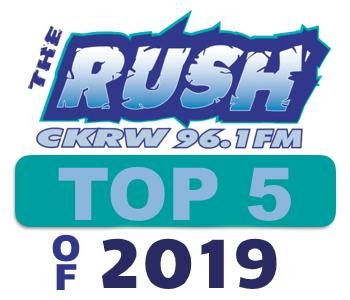 Finalizing the Peel Watershed Regional Land Use Plan is not only the RUSH news story of 2019 but the story of the decade.

The plan was finally signed on August 22nd, bringing closure to the 16-year effort to develop a plan for the over 67,000 square kilometre region in northern Yukon.

Climate Change comes in at number two in the RUSH news top five stories of the year, while the northern B.C. murders and the subsequent manhunt is number three.

The emergence of Yukon's Dylan Cozens in the hockey world is number four, while the election of Larry Bagnell to a sixth-term as Yukon's MP is number five.

There were also two honourable mentions--the passing of former premier Dennis Fentie and the implementation of carbon pricing.

There were many others that grabbed our attention this year--from mining and business issues to tragedies such as two small plane crashes, and a pedestrian killed by a vehicle on Second Avenue in Whitehorse, to Garbage Truck Santa getting a new transmission--2019 was certainly a year to remember.

On July 1st, carbon pricing took effect in the territory. Yukoners would now be paying more for gas, light fuel oil such as diesel or heating, and propane. An extra 4.42 cents per litre would be added to the price of gasoline, diesel and heating oil would go up 5.37 cents per litre and propane 3.10 cents per litre. 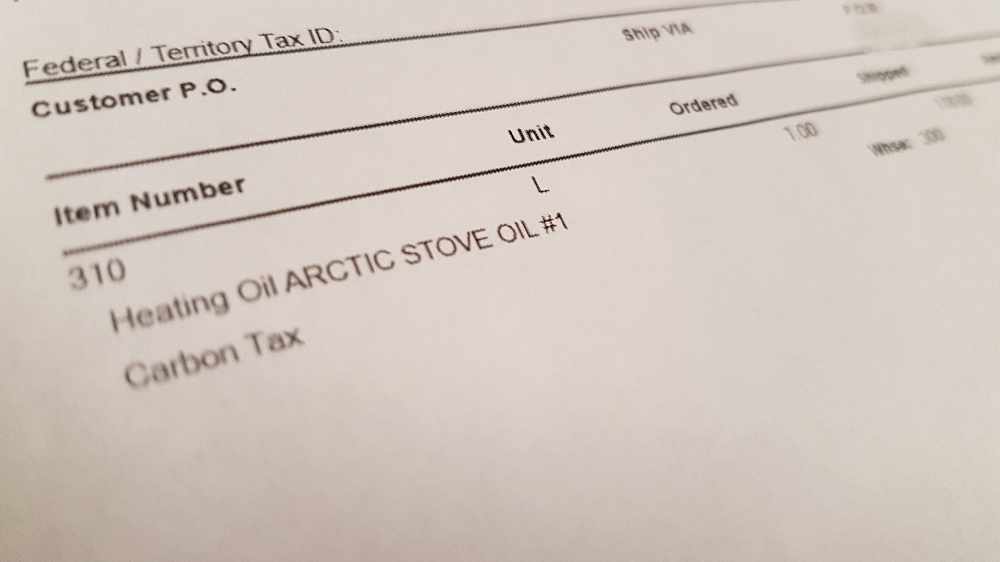 (The carbon tax as outlined on a heating oil bill.)

Premier Sandy Silver has repeatedly stated the aim is to get Yukoners to think about how they use fossil fuels, and to reduce their carbon footprint. Exemptions include aviation fuel and diesel for electrical generation in the communities.

The Yukon Liberal government promised rebates would be returned to Yukoners. The first payments arrived on October 31st.

On August 30th, Yukon's seventh premier Dennis Fentie passed away after a battle with cancer. He was 68.

Fentie was first elected as MLA for Watson Lake in 1996 with the NDP, but crossed the floor to the Yukon Party in May 2002, leading the party to power in November. He served as premier and finance minister until 2011.

Current Yukon Party leader Stacey Hassard told the RUSH, Fentie had a tenacious spirit and always fought for his constituents and for Yukoners no matter what the issue. He pointed to the fact Fentie was instrumental in getting better funding agreements from Ottawa and made huge progress in implementing devolution. 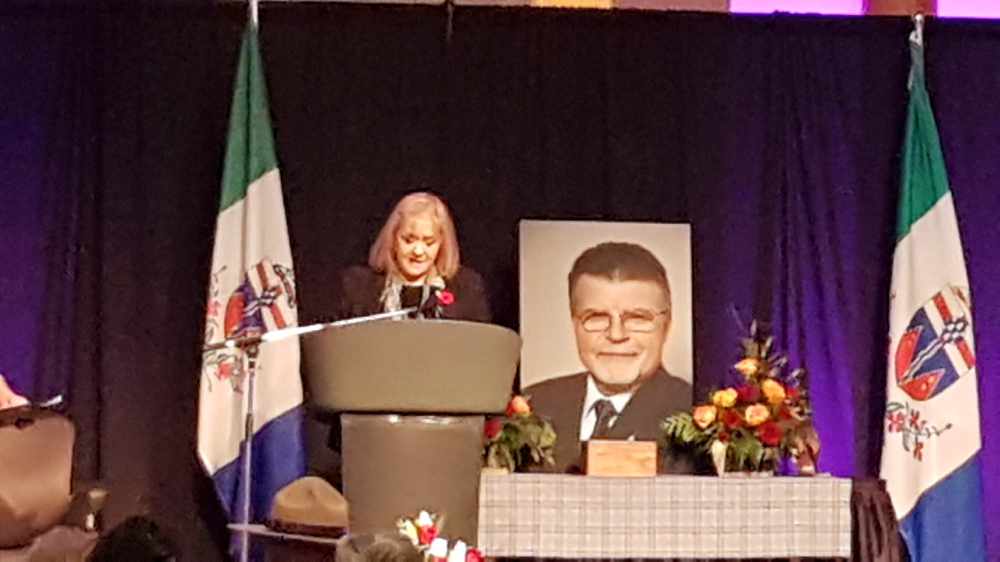 A celebration of life was held in Whitehorse at the Kwanlin Dun Cultural Centre on November 8th with hundreds in attendance including politicians of all stripes. The event was also live-streamed in Fentie's hometown of Watson Lake.

Election fever built throughout 2019, as due to a fixed election date, Canadians knew we would be heading to the polls on October 21st.

Four candidates lined up to try and unseat incumbent Liberal Larry Bagnell in Yukon. Conservative Candidate Jonas Smith actually began his campaign in the fall of 2018 and said 'the others are playing catch-up' when the writ was dropped on September 11th. Justin Lemphers secured the NDP nomination in late March, Joseph Zelezny was put forward by the upstart People's Party of Canada in early June, and Lenore Morris was acclaimed by the Green Party in late June.

The campaign saw climate change as the main issue. It was a lively topic of discussion at many of the 17 candidate forums held. 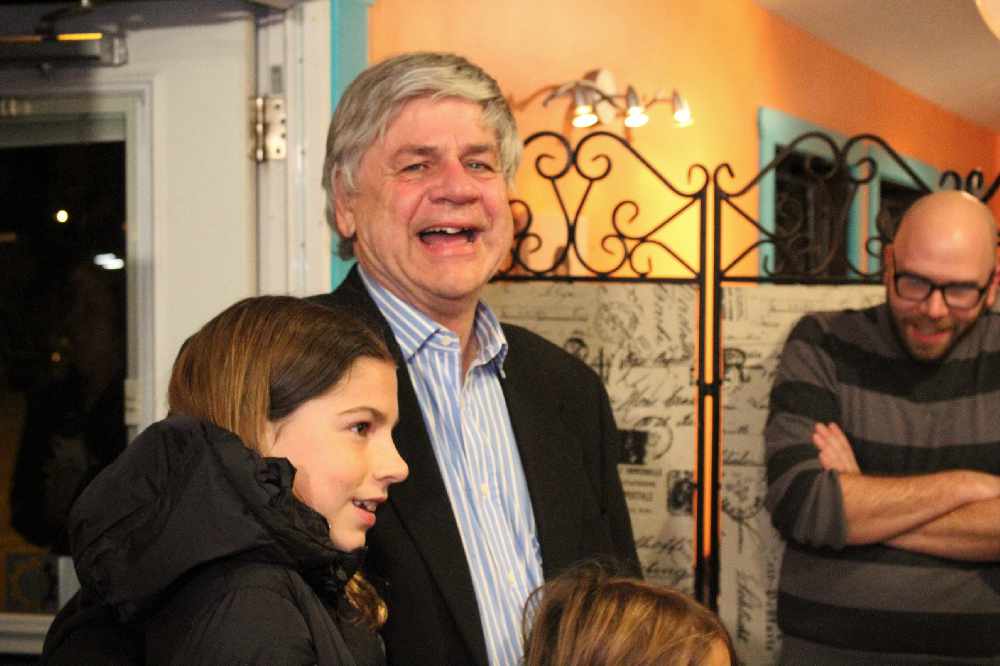 On October 21st, Larry Bagnell won a sixth term as Yukon's MP by a mere 164 votes over Conservative candidate Jonas Smith. Bagnell went to bed on election night 72 votes ahead, but federal ballots tallied in Ottawa and released the next day increased the count and solidified the margin of victory.

He may be just 18-years-old, but Dylan Cozens has already secured his place in Yukon's history books. On June 21st, with many family and friends in attendance at Vancouver's Rogers Arena, Cozens became the first Yukon-born hockey player to go in the first round of the National Hockey League draft. Cozens was picked seventh overall by the Buffalo Sabres. Instead of beginning the announcement with the name of his junior club the Lethbridge Hurricanes, Sabres General Manager Jason Botterill began by acknowledging Cozens' hometown of Whitehorse.

Cozens attended Buffalo's prospects camp the next week but suffered a hand injury. He recovered in time to attend the team's main camp in September, and got into a few exhibition games, but was sent back to Lethbridge. He has since racked up 46 points in 30 games. 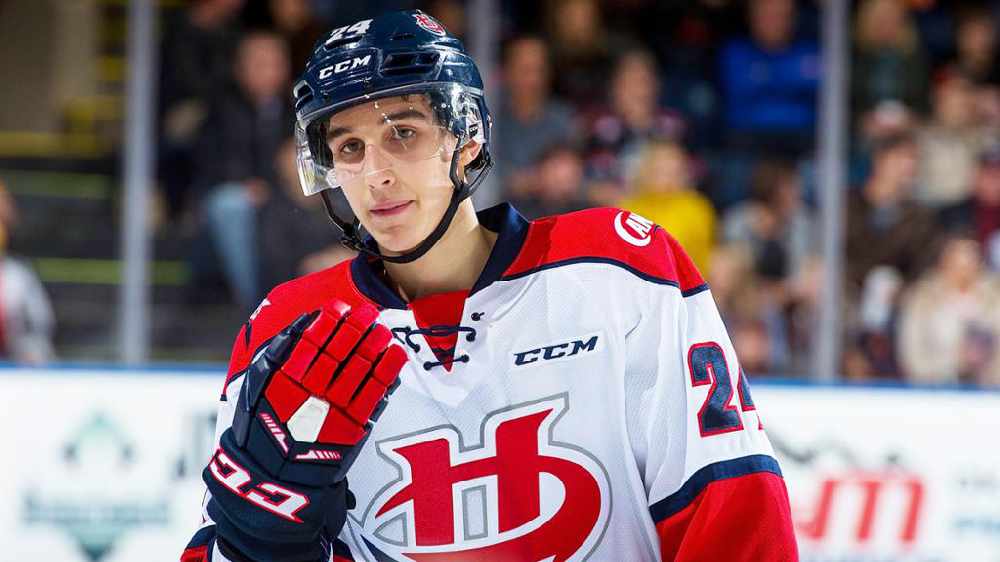 (Cozens in action with Lethbridge.)

Cozens was picked to attend Canada's national junior team selection camp in early December and accompanied the team overseas to the World Junior Hockey Championship in the Czech Republic. Cozens made the cut when the team was finalized on December 21st, becoming the first Yukoner to make the team. Cozens had a strong first game against the United States, picking up an assist, and having a heavy net presence on two other Canadian goals. The tournament is ongoing.

Yukon and the rest of Canada were gripped by a massive manhunt for two shooting suspects in late July and early August. The suspects, Kam McLeod and Bryer Schmegelsky of Vancouver Island were accused of killing Australian citizen Lucas Fowler and his American girlfriend Chynna Dees south of the Liard Hot Springs on July 14th. On July 19th the body of university lecturer Leonard Dyck was found on Highway 37 a few kilometres south of a burned-out vehicle on the Stikine River Bridge. 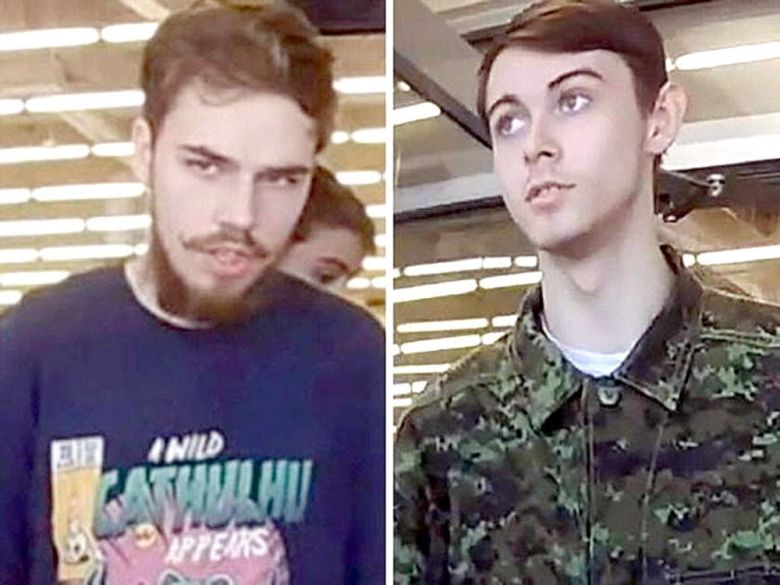 (Images of McLeod and Schmegelsky as released by RCMP in July.)

An RCMP investigation led to a nation-wide search. On July 23rd, that search turned the focus to Gillam, Manitoba, after a Toyota RAV4 believed to be the one the pair was driving, was found on fire. Eyewitnesses told police the pair had been spotted in the Gillam area. On August 2nd, a tour guide reported he saw a blue sleeping bag at the end of the Nelson River. A search found a damaged rowboat, and some other items the next day.

The manhunt ended with the discovery of the suspect's bodies near the Nelson River on August 7th. Police say the pair were found with self-inflicted gunshot wounds.

It was later revealed by RCMP the suspects had passed through Watson Lake and Whitehorse.

While Yukoners have been seeing the effects of climate change for most of the past decade, the issue shot to the forefront around the world in 2019.

A milder winter, intense forest fire season, and melting permafrost are some of the changes the territory experienced this year. The Vuntut Gwitchin First Nation declared a climate change emergency in May. The City of Whitehorse followed suit in September and the Yukon Government in October. The House of Commons made their declaration in June.

Swedish teen Greta Thunberg and her Friday school strike for the climate became a global phenomenon. The protests for governments to take action on climate change gathered steam in the spring, and by the fall were being held on a weekly basis especially during Thunberg's visit to the US and Canada. Those protests also filled downtown streets in Whitehorse. One of the rallies held in late September outside of Whitehorse City Hall brought out over 500 people. 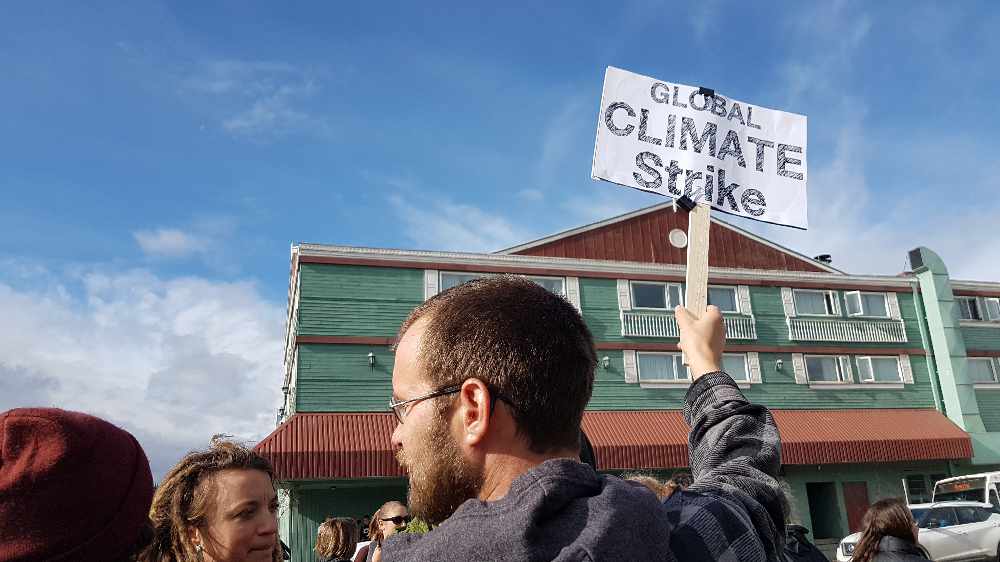 During her time in North America, Thunberg addressed the UN Climate Action Summit in New York and was nominated for a Nobel Peace Prize.

In December, Yukon was well represented at the United Nations Climate Change conference in Madrid known as COP 25. Assembly of First Nations Yukon Regional Chief Kluane Adamek was there in her role as chair of AFN's Environment and Climate Change file. Chief Dana Tizya-Tramm and Norma Kassi from the Vuntut Gwitchin First Nation were also there, along with Gwich'in Tribal Council Vice-President Jordan Peterson.

The Peel Watershed Regional Land Use Plan is not only the RUSH news story of 2019 but the top story of the 2010s.

A bow was finally put on the plan on August 22nd. After 16 years of planning and a Supreme Court of Canada ruling, the final plan was signed during a riverfront ceremony in Mayo. Officials from the Yukon Government along with the Tr’ondëk Hwëch’in, Na-Cho Nyäk Dun, and Vuntut Gwitchin First Nations, plus the Gwich’in Tribal Council gathered to celebrate the shared accomplishment.

The plan lays out the future of the 67,431 square kilometre region. It protects 83 percent of the Peel from major development. The Peel has now been divided into 16 land management units, each with specific recommendations around land use, conservation, and monitoring. 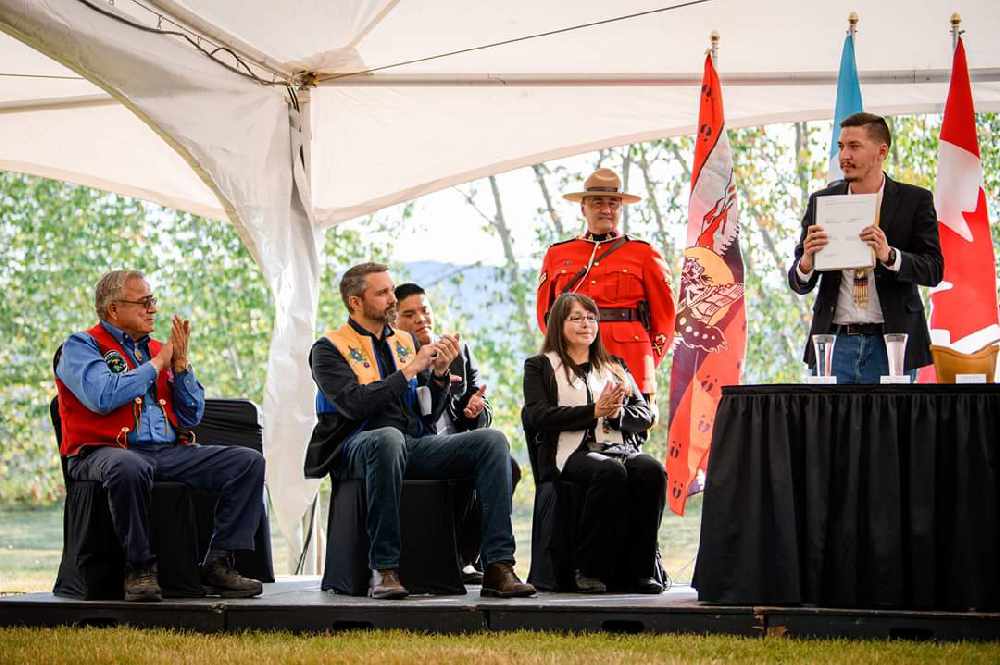 Na-Cho Nyäk Dun Chief Simon Mervyn told those gathered in Mayo the day would last for generations. Environmental groups were pleased to see the protected number jump three percent to include a space designated to protect Yukon's obligations to the Boreal Caribou's habitat.

A Party for the Peel was held in Whitehorse in late September. 'Protect the Peel' bumper stickers gave way to stickers that read 'Peel Protected'.

All sides say now comes the hard part; implementing the plan. The Yukon Government extended a staking ban until April 1st, 2020 so the territory and other stakeholders can adapt to the area's new reality under the plan. Miners are wondering what will happen with existing mineral claims in the region, and how the government plans to compensate claim holders.

The Peel story topped The RUSH Top Five news stories of the year for four of the six years this feature has been in existence. There is no question this is the Yukon story of the decade.