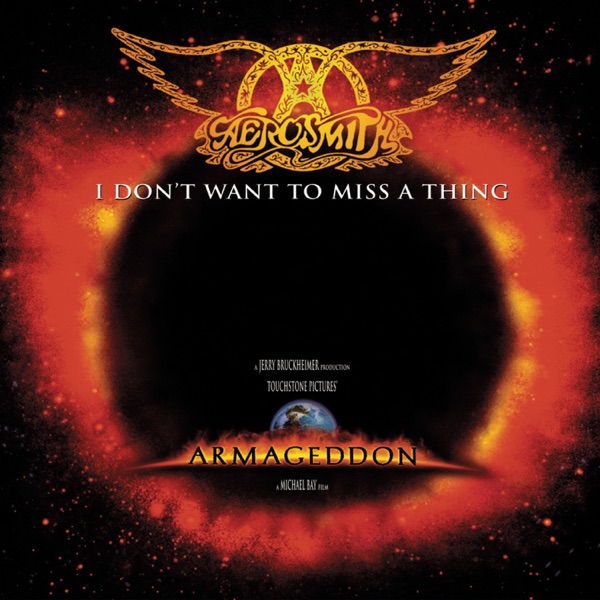 I Don't Want To Miss A Thing 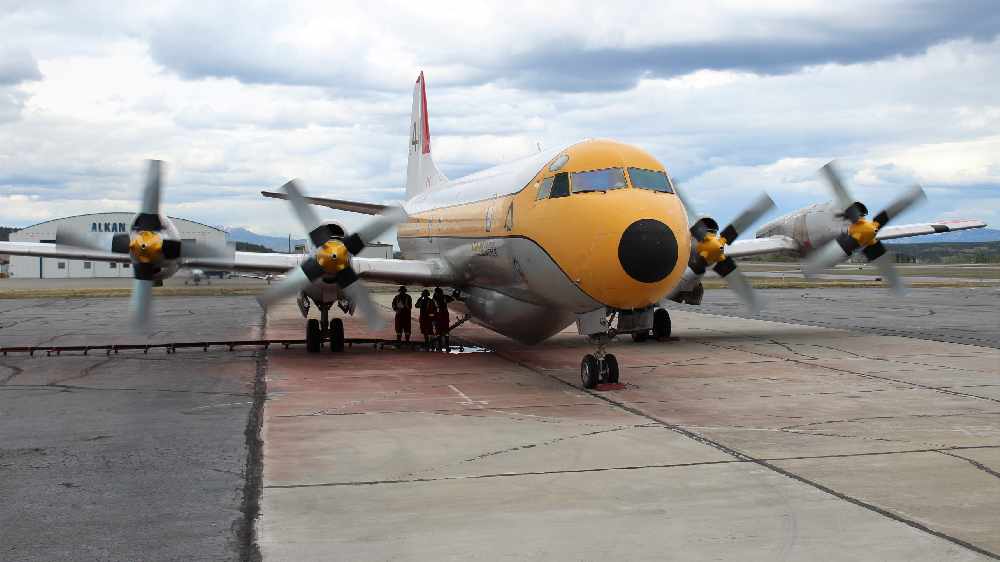 PHOTO: Mixmasters underneath the Lockheed L-188 Electra, undergoing a retardant refuel test while the plane idles. By John Kennedy / CKRW

Yukon Wildland Fire Management now has all of its tools on hand as this year's bombers arrived at the Whitehorse Air Tanker Base.

Yukon Wildland Fire Management now has all of its tools on hand as this year's bombers arrived at the Whitehorse Air Tanker Base this week.

Mixmaster crews are being certified in the proper load procedure for flame retardant on the Lockheed L-188 Electra tanker plane and a demonstration was provided to media Thursday afternoon.

Crews were attaching the pump host and simulating the loading of fire retardant, under the stresses of dealing with an idling plane and time constrictions.

The Tanker arrived in the territory this week, and Electra Captain Craig Yakiwchuk says crews are being trained to respond quickly in the event of a fire. 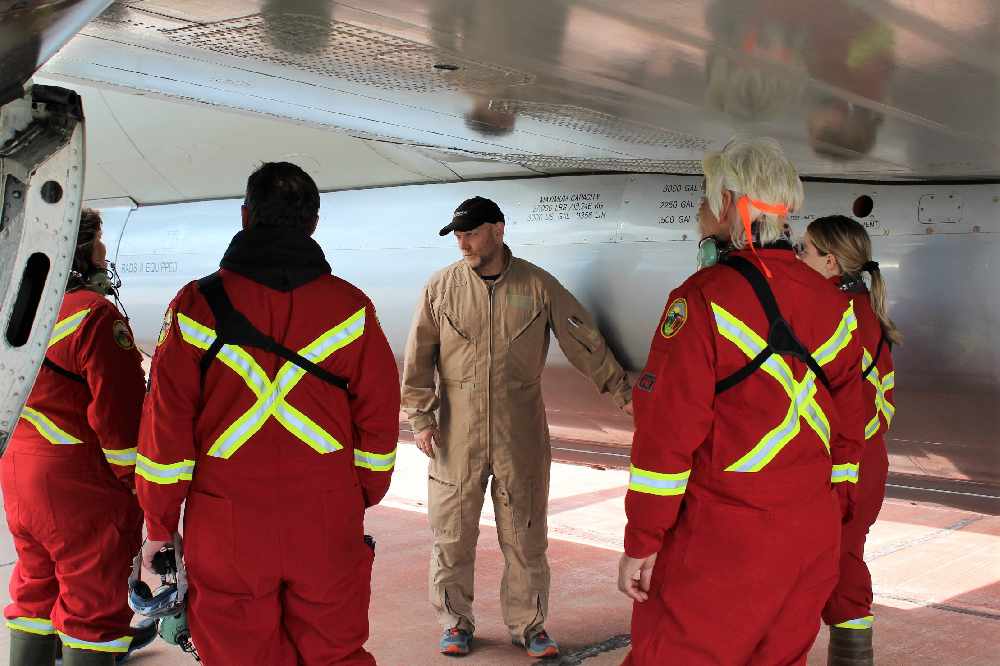 He says it's up to Yukoners and Mother Nature to determine how often the Electra is in the air.

"It depends on how many fires there are. if there's a lot of safe campers out there that don't start fires, then you don't get to see us too often, which is a good thing."

Yakiwchuk says when an urgent call for service comes in, the Electra can be loaded and in the air in as little as 12 minutes.

PHOTO: Captain Yakiwchuck (beige) going over specifications of the Electra with Mixmasters (orange) before the training procedures. By John Kennedy / CKRW