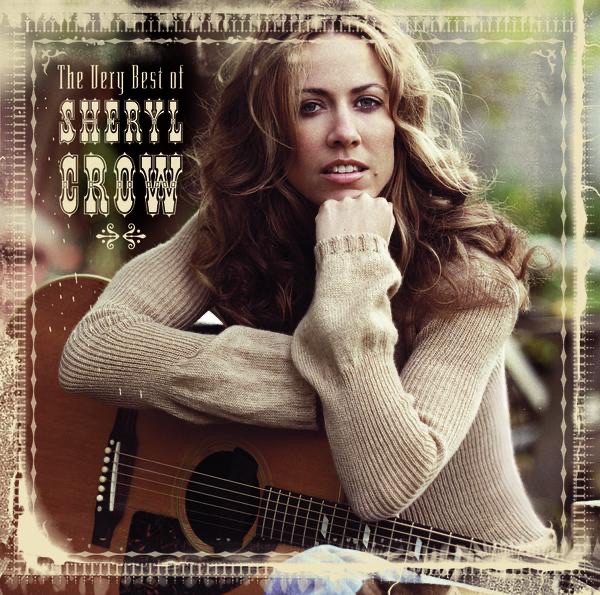 All I Wanna Do 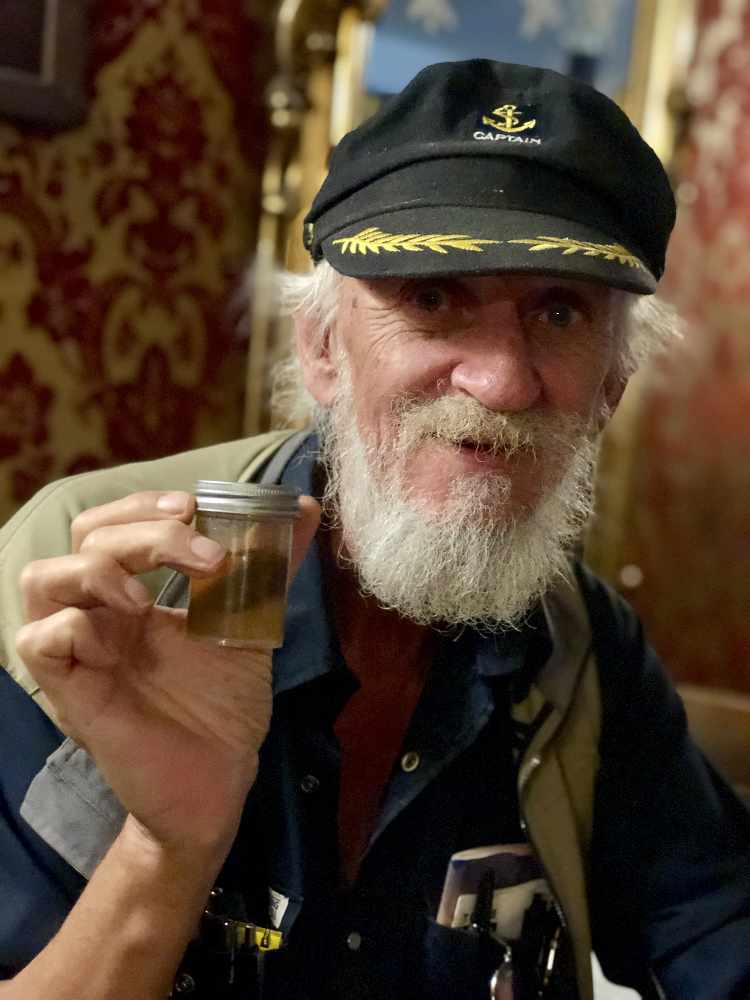 The frostbitten big toe of former British Marine Nick Griffiths now belongs to the Downtown Hotel in Dawson City after Griffiths donated the digit to the Sourtoe Cocktail collection.

A unique Yukon tradition is getting restocked under unusual circumstances.

The Bolton, England resident originally planned to donate three toes amputated in March 2018 after he suffered frostbite during the Yukon Arctic Ultra. 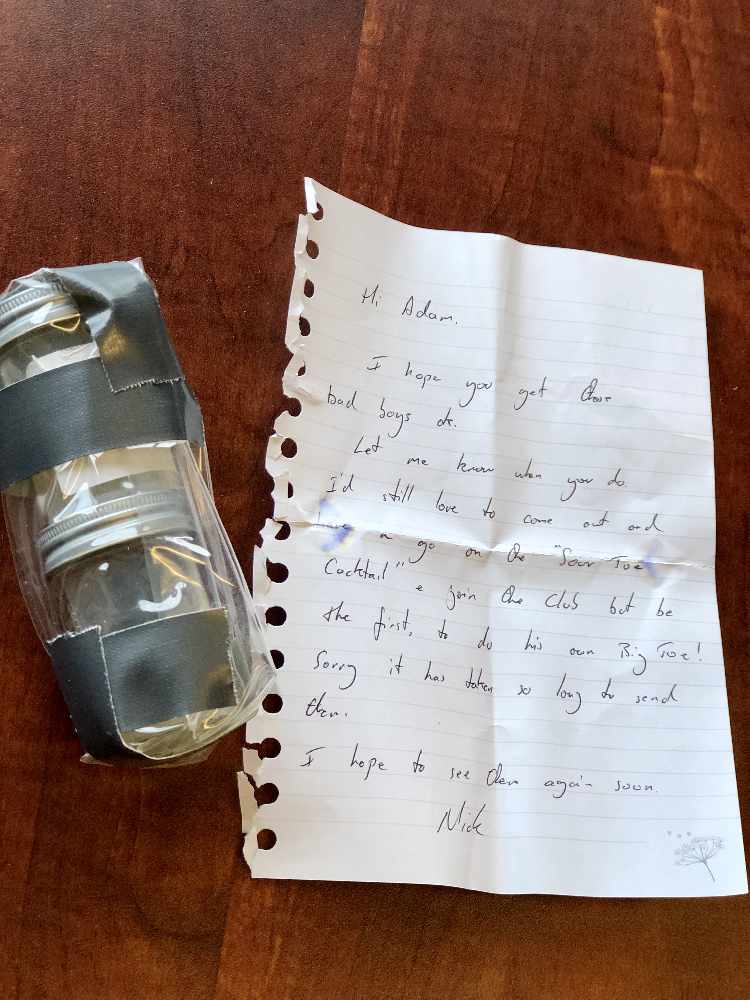 Griffiths was in the Whitehorse hospital when he learned about the Sourtoe Cocktail from a nurse who had visited Dawson City.

It's now being mummified in rock salt in preparation for use in the cocktail. The hotel plans to bring Griffiths over from England later this summer.

The package holding the fateful toe had a note inside which reads:

I hope you get these bad boys ok.

Let me know when you do.

I'd Still love to come out and have a go on "Sour Toe Cocktail" (and) join the club but be the first, to do his own big toe!

Sorry, it has taken so long to send them.

I hope to see them again soon.

PHOTO: The amputated toe in a jar, next to a note from Griffiths.

(With copy from the Canadian Press)