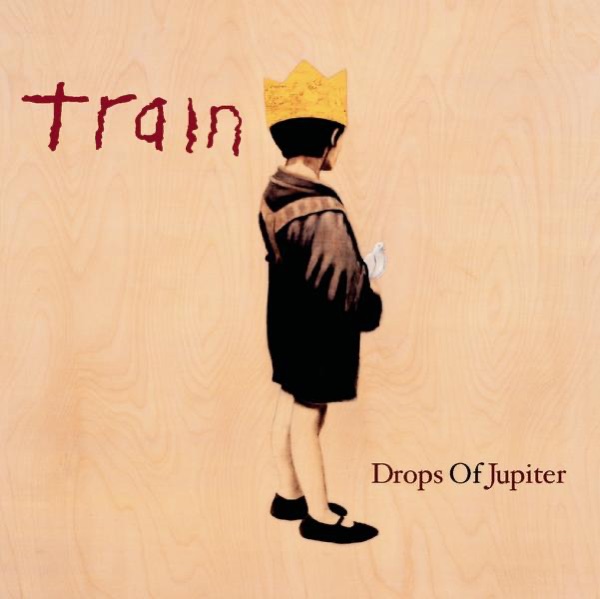 Best of the Entertainment Report April 16 - 20

Everyone who saw it live had nothing but praise for the Queen! 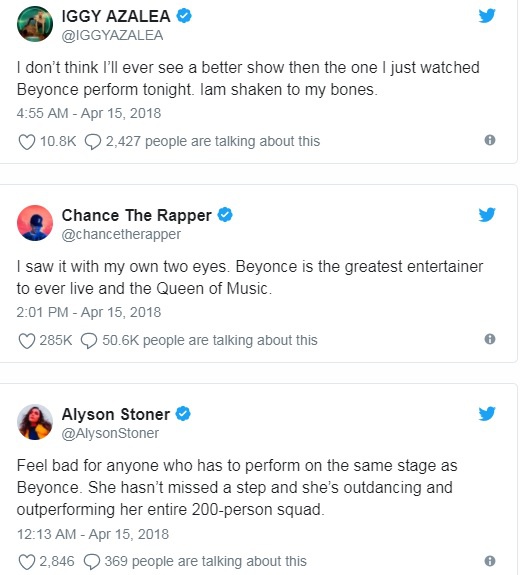 Even those watching the live stream were losing it. Just check out Adele’s Instagram posts!

Even Cara Delevingne who has been boycotting the festival couldn’t help but watch the show much to the confusion of her fans!

I am speechless. That performance made me burst into tears and sent shivers down my spine. Especially the Destiny’s child reunion. ICONIC is an understatement. Thank you for inspiring so many and for lifting each other up. #GirlPower @michellewilliams @beyonce @kellyrowland 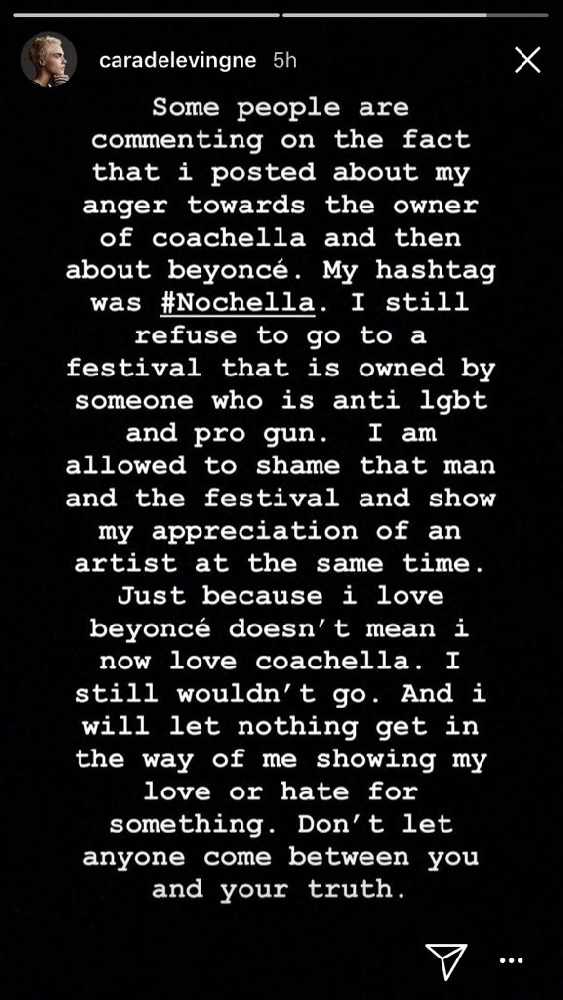 Leonardo DiCaprio took a break from caring about the environment to take a private Jet from LA to Coachella. Just FYI it would have been a two hour drive.

Leonardo DiCaprio with friends on his way to Coachella. pic.twitter.com/l68excSetj

Justin Bieber allegedly punched a guy in the face at Coachella! No the Bieb’s isn’t back to his bad boy ways, he was saving a girl! Sources say the man, who may have been on drugs, grabbed a woman by her throat and that’s when the Bieb’s and his friends stepped in. When the man didn’t listen to their words, the Beib’s punched him in the face and let security remove him! He was also spotted at the festival dancing with random people and singing worship songs!

Is this real life? Brandi Glanville shared a selfie with LeAnn Rimes! The two have had a pretty open and brutal feud since Rimes kind of stole Glanville’s husband! The pic was taken at Glanville’s son’s 11th birthday party so they must be finally getting along thanks to the kids! 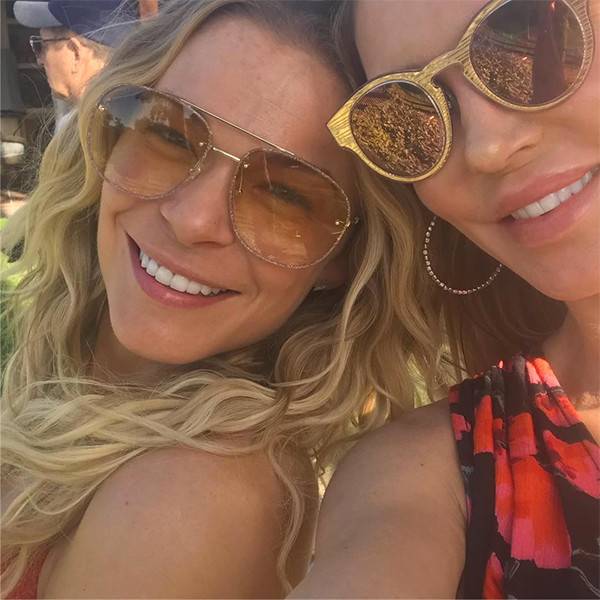 Jessie J has been competing on a Chinese singing show and she has now been declared the winner! With over 47% of the vote! She is the first western singer to be asked to be on the show and over 1 billion people watched the finale!

“Woke” Kanye is back y’all! He’s back to tweeting and his first post is pretty anti-capitalist!

Mariah Carey's former manager is claiming she was unfairly fired in the middle of her contract and is accusing Carey of sexual harassment! He woman says Carey wore racy clothes around her and did sexual things in her presence. She’s also claiming Carey has substance abuse problem. 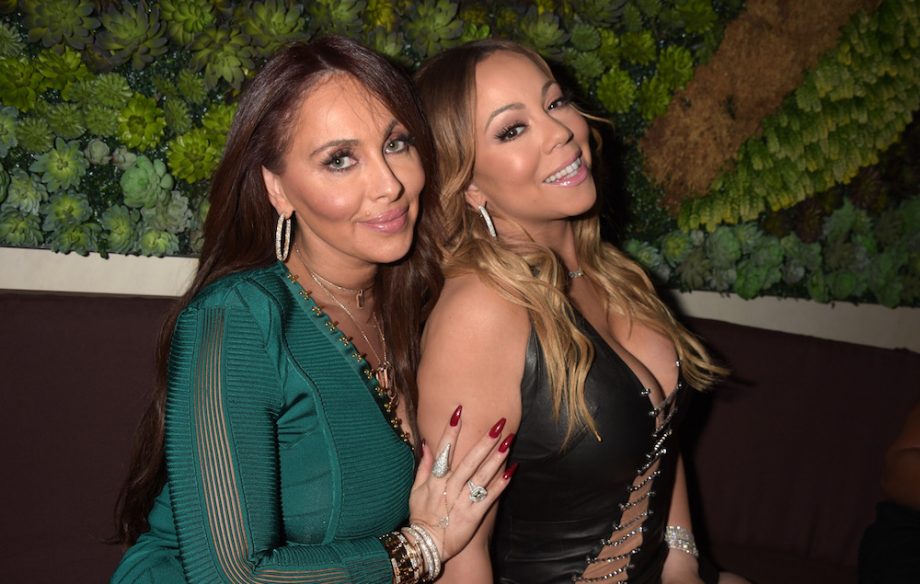 Did Gwyneth Paltrow have a secret wedding? She posted a photo Instagram with a caption hinting that maybe a secret wedding went down! Turns out it wasn’t a wedding, just an over the top engagement party! The pair plan to wed later this year in the Hamptons!

Thank you @mrrpmurphy for the most incredible evening to celebrate our ❤️. There will never be adequate words to express our gratitude. @giambattistavalliparis I will never get over my gorgeous dress. @georgieeisdell thank you. @hairbylorenzomartin thank you. @teamsaltzman thank you. Thank you to all of our amazing true and dear friends who came to support us. We feel like the luckiest people on the planet because we have all of you in our lives. And most of all thank you @bradfalchuk for the true happiness.

If you watch Younger, you may have been curious about what exactly happened on page 58 of marriage vacation, and now you can read it! It’s not safe for work and is waiting for you……

Definitely #NSFW. 👀🔥 TAG someone who needs to see this. #youngertv #marriagevacation

Christina Aguilera is going to be on Carpool Karaoke!! She will be on April 23rd and will hopefully use this opportunity to announce new music!

The 2018 Rock and Roll Hall of Fame induction ceremony had everything you’d expect from the show! Reunions, awesome performances, and lots of funny and touching moments! There were touching tributes to Tom Petty and Chris Cornell. The cars were back together for the first time in 7 years, and a new tradition was started! The Hall of Fame is now recognizing singles that played an important role in the growth of rock! The ceremony will air next month on HBO!

Shawn Mendes has been holding secret sessions with fans letting them hear his as yet untitled third album! So it must be coming soon! 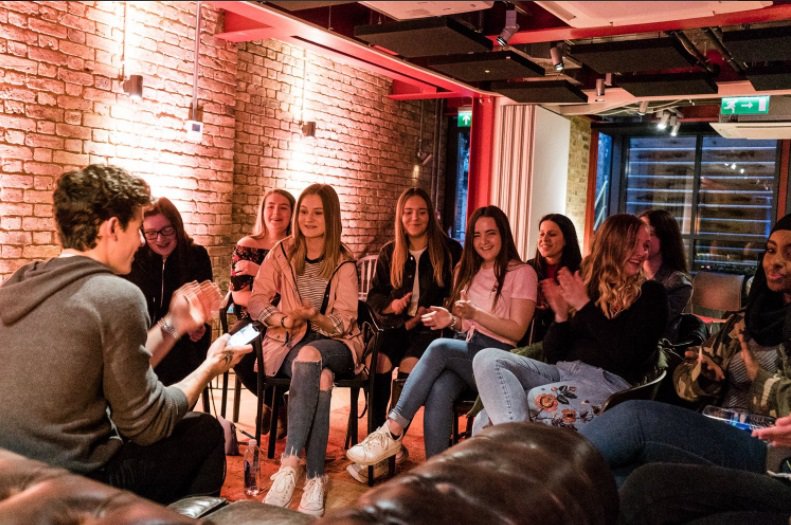 Josh Groban and Sara Bareilles are teaming up to host the 2018 Tony Awards!

They’ve also confirmed that Money Heist, the most watched non-English show will get a third season produced by Netflix premiering in 2019. Remember that out of control cash me outside girl? She was on Dr Phil, went viral and is now a rapper calling herself Bhad Bhabie and she was just nominating for Top Female Rap Artist by the Billboard Music Awards. Also up for the award Nicki Minaj and Cardi B! those two make sense but how does Bhad Bhabie fit in with them? If she wins, the world may end.

Pink is officially the most beautiful woman in the world according to People! She’s on the cover with her two kids Willow, 6, and Jameson, 1! Pink really is beautiful inside and out! 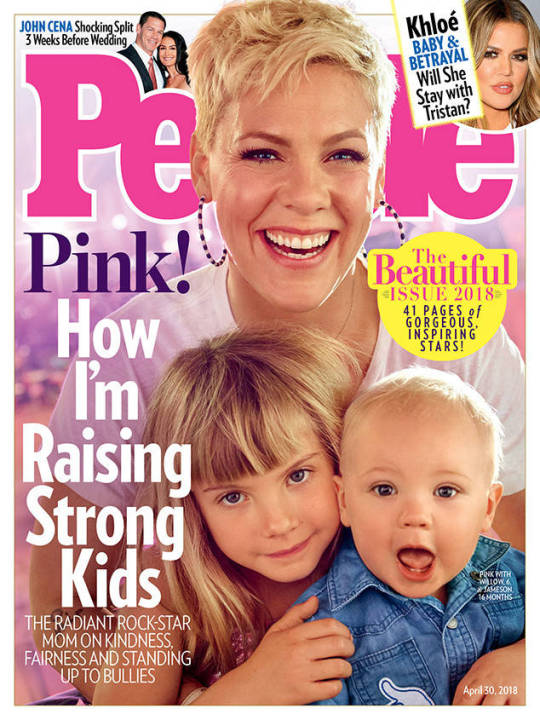 Kanye West promised us he was writing a philosophy book, and it’s finally happening! Even better it’s free because he’s writing it on Twitter! The book is called Break the Simulation and he’s not letting anyone tell him what he can and can’t write!

Drag Race alumni Robbie Turner tweeted she was lucky to be alive after her Uber was hit by a drunk driver, killing the driver. Turner claims to not remember the crash, after waking up in hospital with barely a scratch, but here’s the thing, no one else seems to know about the crash. Uber can’t confirm it, nor good the Police. Now everyone wants to know what the heck is actually going on, and is she lied, why!?!?! 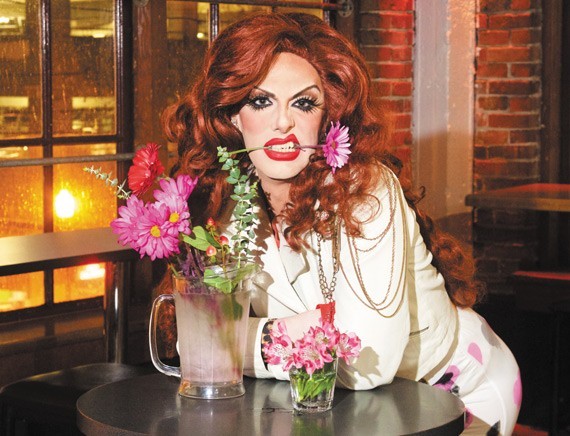 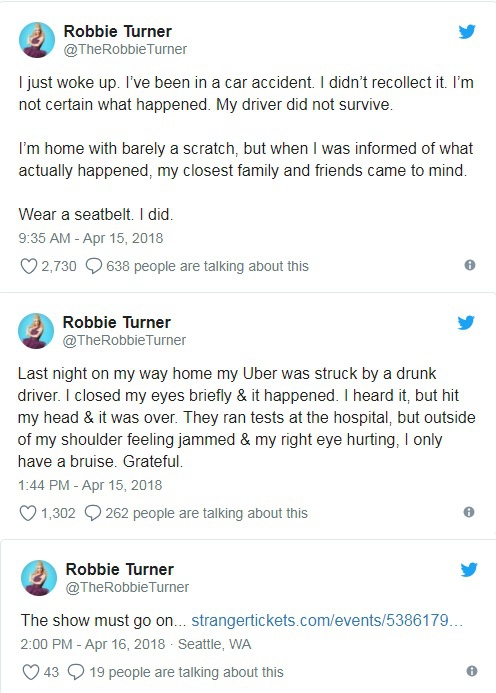 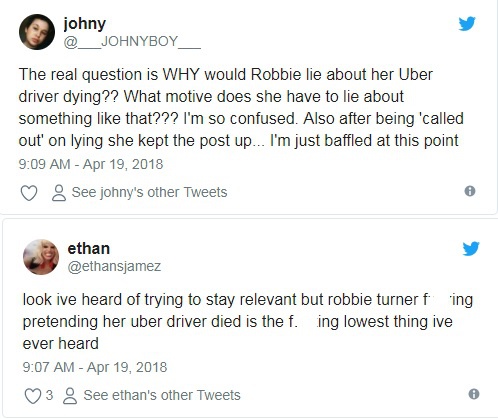 We have to start with some bad news. Avicii has passed away at the age of 28. A cause of death has not been announced. His health issues had stopped him from touring back in 2016 but he was still making music. He will be missed so it goes.

A previously unreleased recording of Prince’s Nothing Compares 2 U has been released along with a video of Prince’s rehersals with his band from back then. Prince originally gave the song to a band he assembled called The Family, but it wasn’t a hit until Sinead O’Conor covered it. -

Lola Kirke stars in the movie Gemini, and when a review in the New Yorker focused more on how she looked in the film, than her performance, she wrote a letter to the editor and it’s giving us life! She drags the reviewer for his outdated views, and says he missed the point of her preformance. 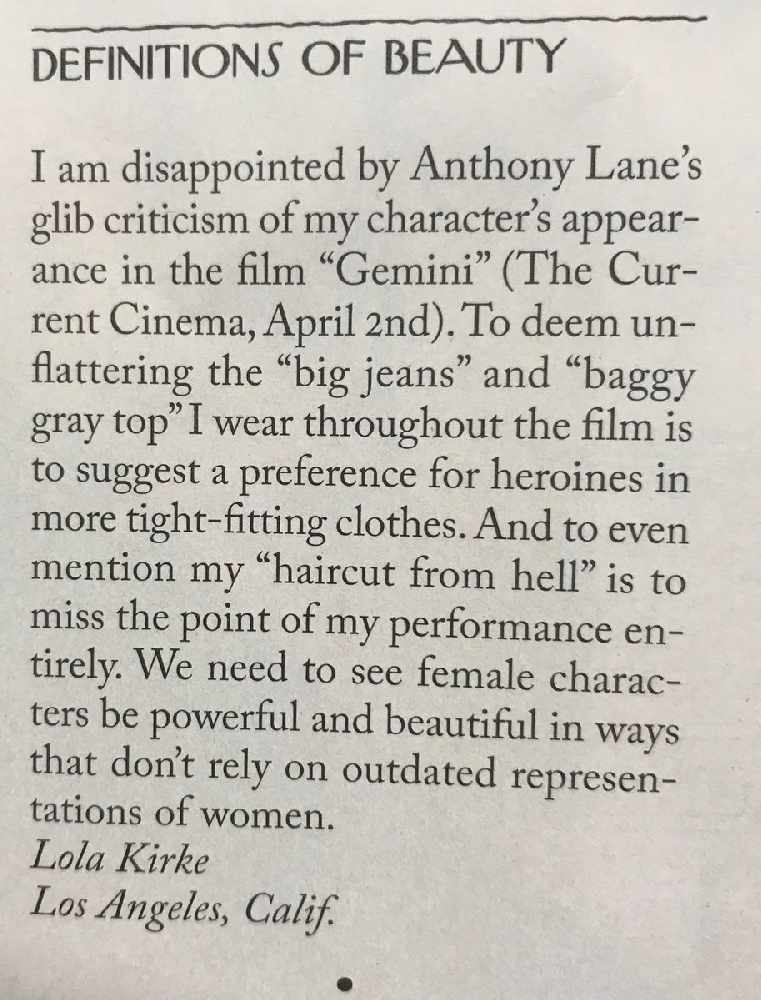 Ariana Grande’s new single No Tears Left to Cry is here, and it came with a new music video! 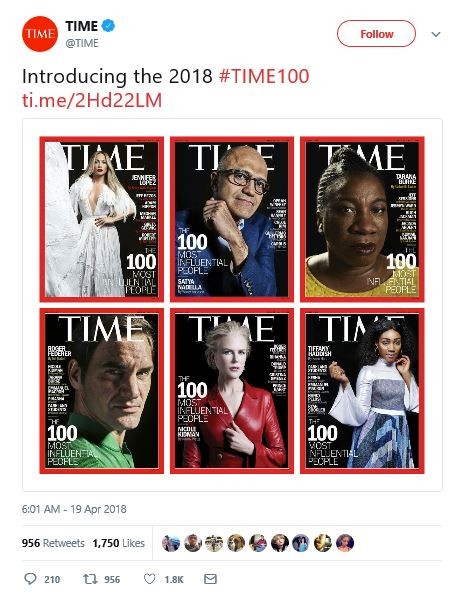 Zayn was spotted leaving ex Gigi Hadid’s apartment in the same clothes he was wearing the night before when he arrived! He wouldn’t comment on if this means they’re back together or not.

“Any comments on getting back with Gigi?”